Martial Arts Winter Camps For Kids | The Dojo of Karate

Secure your spot and get started today with our EXCLUSIVE offer!

By opting into the web form above you are providing consent for The Dojo of Karate & FitRanX WestMinster to send you periodic text messages. Standard rates may apply. You can reply HELP at anytime or learn more. You may opt-out anytime by replying STOP.

If i could give this place more stars i would. I lost 15 pounds doing the 6 week challange and i only did 2 weeks because of personal reasons. the owner is really nice and supportive and the trainer i worked with (Ken) was amazing.He was super nice, slowed down if i needed to learn something new and was so easy to work with. I followed the eating guid step by step, worked out 3 days a week (belive me thats all you need to start lol) and took a weight loss protein shake.
id recommend this gym to everyone!

Definitely the best place to train in the area! The coaches and trainers are very knowledgeable and know how to coach you through the training sessions to get you to reach your goals. I love my new fit family! 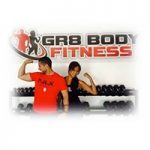 What a fun and motivating experience! Everyone is very friendly and welcoming. The staff is great and they really care about you. There's a variety of workouts and they cater to all fitness levels. If you're thinking about trying it out, stop thinking and call them now! You'll thank me later! 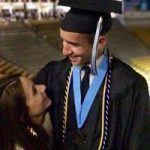 Absolutely LOVE Summit Fit Dojo!! Recently completed their 28 day transformation challenge and the results were awesome!! The trainers and owners are truly there to assist you in achieving your goals. They incorporated nutritional education along with great workouts that will challenge everyone no matter your fitness level. Result driven and such an amazing sense of community!! 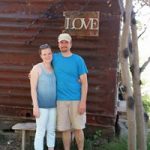 Trainers are great. Lots of class times available throughout the week that are flexible to my schedule. I feel supported and encouraged not to mention on my way to getting into great shape!

I have become a huge believer in the training and fitness of program at Summit Fit Dojo. I recently did the 6 week challenge and the results were remarkable. I have done training programs in the past and had some degree of success, but never to this degree and never this quickly. The key difference with this training program from many others is that it emphasized nutrition as well as solid workouts. I worked out only 3 days a week, but gained more strength then when I was working out 6 days a week. I gained better results in 6 weeks 3 times a week than I did doing P90X for 3 months for 6 days a week. The key that I missed for so long was proper nutrition and Summit Fit Dojo gave me that! Thanks again Susan and Javi! 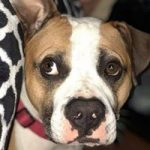 Top notch fitness program that cares about developing a community of healthy individuals while focusing on staying safe and injury free during every workout. Javier is a great motivator. 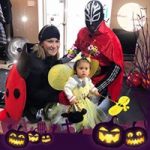 This is THE premier fitness facility in the area. Supportive, encouraging, and knowledgeable coaching. Top notch exercise program design that's effective and gets you results quickly and safely. Train with the best! Highly recommended!!! 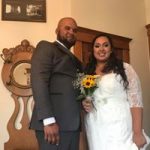 Summit Fit Dojo is AWESOME!!! The staff is very supportive and encouraging. The workouts are fun but make you sweat at any level of fitness you are currently in. I have lost 10 pounds in the 6 week transformation challenge and couldn't be more happy and appreciative for everything they have done for me. 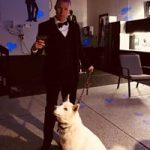 My wife had been training at Summit Fit for about a year. She was getting incredibly strong and confident about her new physical abilities (i.e clapping pushups, kick boxing, and kettlebell throws). I reluctantly joined to show my support for her and now we're a team. Yes... we are ninjas. Come join us! 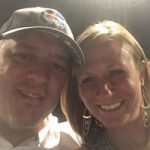 Been going here for 4+ years. I love it and am always challenged! Absolutely the best. Thrilled to be training here. We will be long term clients. Summit fit dojo (the adult workout part of this business) is amazing. All the staff truly cares about you and your goals. The workouts are tough but they work with you and will alter them if you have injuries. Class sizes are small which helps you bond and connect with everyone there. I'm so happy I joined and you will be to. Awesome Sensei and a great Karate Dojo for all ages. This karate school is absolutely amazing. The Sensai (Javier) cares about the kids so much and it shows. He teaches them about important values, such as integrity, hard work, dedication, as well as the importance of doing well in school and listen to their parents. I give it 5+ stars!

After a popular hit on martial arts day camps for children during the Summer of 2015, The Dojo of Karate has decided to release more Martial Arts Camps towards the end of the year.

This is a great opportunity for students and NON students alike to either take their martial arts skills to the next level, or simply begin to grow an interest and passion for the martial arts.

During these martial arts camps, kids will learn the following:

Better yet, they will be with other martial arts athletes that have a desire to improve, grown and learn better skills in the martial arts.

When The Dojo of Karate hosted these week long camps over the summer months of June, July and August, students raved how this was their favorite camp they’ve ever been apart of and how they were having so much fun.

More importantly, it’s a great way to keep your kids active during the Winter Break of 2015, so parents can go shopping or simply get some free time off.

This year, The Dojo of Karate will host camps on the following dates:

The cost for these camps will begin at $75 and go up from there.  However, The Dojo of Karate will be having some Black Friday Specials, so stay tuned to learn more.